Quality Release – An Integral Part in Your Product Success

What’s the first thing that comes to your mind after seeing the above products?

Why do you think they failed miserably?

What impact did that failure create on its customers?

In today’s world, we all know how customer feedback and first impressions work and how quickly the tables turn when the quality of the product is not as expected. In spite of having certain cool features, several products which were launched by mega brands with much pomp and show have failed unexpectedly in the market. The above 2 products are classic examples.

Let us dive deeper into the reasons behind the failure of these products. Windows Vista was launched by Microsoft to match the expectations of its users. It was introduced in 2007 as a follow-up to Windows XP. But unfortunately, it didn’t match the customers’ expectations in terms of PC performance. The other problems that the customers encountered were compatibility issues and internet problems. As a result, OEM’s like Dell followed by other OEM brands went back to offering Windows XP as a default OS. As Windows was facing a lot of challenges with the maintenance/ support issues related to Windows Vista OS, Microsoft had to announce that it would no longer support Vista. 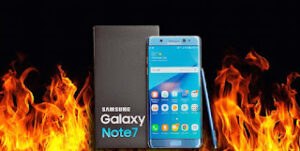 Samsung Galaxy Note 7 was one of the biggest flagship products launched by Samsung, which failed due to battery issues. There were several reports that the tablet caught fire and exploded. Following which the tablet was banned on flights. Samsung had to face several lawsuits from across the globe because of the fire/ explosion mishaps that took place. Ultimately Samsung had to stop the production of the Galaxy Note 7 and also recall the units that already went into the market.

Just imagine the damage it caused in terms of brand value and also the cost incurred in terms of support or recalling its entire line.

? Make sure that the product undergoes rigorous testing. 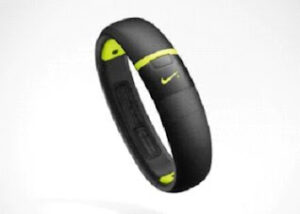 Nike, a premium American MNC which manufactures footwear, apparel, equipment, and accessories entered into the wearables fitness tracker market. Nike + Fuel Band failed due to multiple reasons and several customers filed a lawsuit stating the device isn’t providing accurate reports. Also, the brand primarily concentrated on only iOS users and ignored all other smartphones, it was only after two and a half years that the brand launched the FuelBand app to its Android users, and by then it was too late.

How to ensure that the product being launched is of superior quality:

Balasubrahmanyam Vinjanampati’s (aka Balu’s) greatest ability lies in developing deep-rooted relationships with clients and ensuring that the teams go above and beyond to do right by them. He is the Chief Delivery Officer (CDO) at Adtech Corp. Balu has more than 15 years of experience under his belt in all aspects of technology services such as delivery, sales, and client engagement. Prior to working in Adtech, he has also successfully handled projects in various domains like Telecom, E-learning, & E-commerce in North America and Australia.

4 Core Benefits of Automation Testing in 2023

4 Things Businesses Must Do Before Migrating to the Cloud: Going Beyond Survival

7 Great Ways to Optimize your QA strategy in 2023

Digital Transformation: A 101 Guide for Flipping the Odds in your Favour

Is DevOps what the doctor ordered for the healthcare sector?

Product Mindset and Why It Matters?

Tech-driven Healthcare Is Here – Why Everyone loves It!!

The Pursuit of Client Happiness : Bring in the Shadow Resource

The QA discipline transformation is here, are you ready to leverage it?

The Queen’s Square: An Operational Framework for Empowering Your Team